Diet in the Wild:

California sea lions can be found in the Eastern Pacific Ocean in shallow coastal and estuarine waters. They usually prefer sandy beaches for haul out sites but in California they can be found on marina docks as well as jetties and buoys.

The breeding season for California sea lions occurs from May to August.  Females reach sexual maturity at about 4-5 years of age and males at about 2-6 years of age. Most pups are born from May through July. Fourteen days after giving birth, females are ready to mate again. 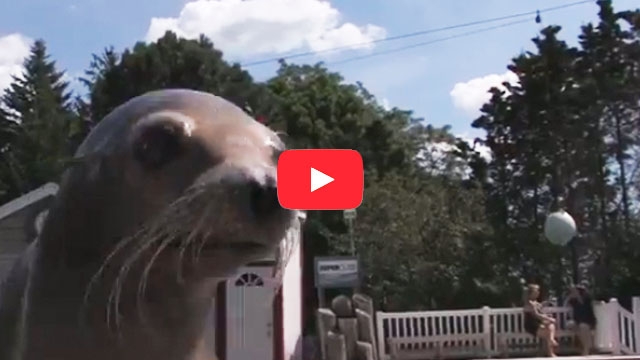 Threats in the Wild: